Sales of condos and townhomes are flat, compared to February 2012, while down significantly from 12 months ago (17% and 15% respectively). Condo prices are unchanged, while townhomes are 1% lower than March 2011.

“With softer prices, buyers have been looking at houses,” says Carol Crabb, President of the Victoria Real Estate Board. “That is now being reflected by the six-month average price increase. We predicted a flat market in January, and so far that is what we are experiencing.”

She also believes sales activity was affected by poor weather and many families travelling over the two-week spring break. “REALTORS® tell me many clients took the time for family vacations,” Crabb adds.

With a total of 4,274 active listings, properties on the market have edged up from last month (3,977 active listings at February 29, 2011). Increased supply levels reflect typical spring activity as seen year over year. 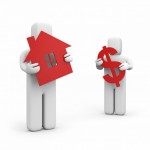 My philosophy is to offer full service, while at the time, offering a discount commission and providing for a fair co-operative brokerage commission (the amount offered to buyers' REALTORS®).  With the Full Service MLS® you are able to save money without hurting your … END_OF_DOCUMENT_TOKEN_TO_BE_REPLACED 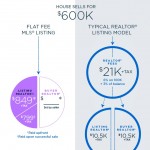 Due to overwhelming workload, Flat Fee MLS® listings are no longer being offered; please contact markojuras@shaw.ca for a referral! In 2015-2017, based on VREB statistics, Marko Juras was the listing REALTOR® on over 50% of ALL sold mere postings in Greater Victoria.  … END_OF_DOCUMENT_TOKEN_TO_BE_REPLACED